Giraffe Manor is situated on 120 acres of forested land in the Karen district, just eight miles from Nairobi’s city centre. Built in 1932, the house was bought by Jock Leslie-Melville and his wife Betty in 1974.  On learning of the highly endangered status of the Rothschild’s giraffe, Jock and Betty set up the African Fund for Endangered Wildlife and began a giraffe breeding programme at property. Over the last 50 years the Rothschild’s giraffe population has increased from 80 to over 800, many of which have been returned to the wild to supplement wild populations and/or to repopulate areas.

Accommodation & Facilities
The Manor has ten double bedrooms and two family suites available to guests. Each of the bedrooms has an en-suite bathroom, and is individually furnished and decorated. One bedroom is furnished with Karen Blixen’s ‘Out of Africa’ furniture that she gave to Jock’s mother in 1932. The upstairs hall contains the original bookcase Dennis Finch-Hatton made for her.

Activities
It is the only place in the world where you can feed giraffe from your second floor bedroom window, over the breakfast table, and even at the front door as these gentle giants try to squeeze into the foyer. As well as feeding and photographing giraffe and warthogs at Giraffe Manor, guests can also wander through the adjoining primeval forest spotting some of the 180 bird species living here along with  possible sightings of  bushbuck and dik dik. 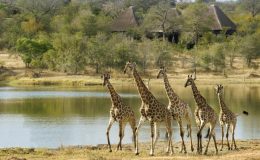 10 Best Places To See Giraffe On Safari
Giraffe are one of Africa’s most mesmerising animals.  Spotting a head peering over the top of an acacia tree or admiring the effortless ease with which they canter across the [...]
Read More 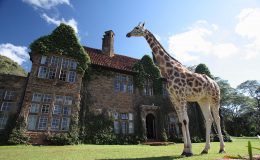 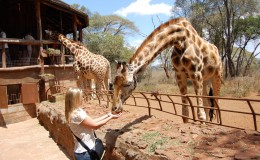 24 Hours In Nairobi
If you’re heading to Kenya for a safari holiday, you’re probably expecting to pass through Nairobi as quickly as you can. But the timings of the direct international flights from London [...]
Read More 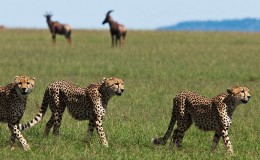 Kenyan Family Safari – Where To Find The Best
Taking your children on a family safari is a magical experience. But it’s quite different to two weeks in the Mediterranean. Where to stay, what to see, and the range of [...]
Read More