Legendary Serengeti Migrational Camps are two seasonally mobile tented camps which move between Maswa Game Reserve on the edge of the southern Serengeti and the Kogatende and Lamai areas in the far north of the Serengeti National Park, tracking the great wildebeest migration through the year. Set only on private camp grounds, the camps provide an outstanding, undisturbed base from which to watch this spectacular journey.

Accommodation & Facilities
The two Legendary Serengeti Migrational Camps, Nyasi and Songa, each have nine luxuriously appointed safari tents with en-suite bathrooms with inside showers and flushing loos. Each camp is divided into two sections with six tents on one side and three, including a two-bedroomed family tent, on the other side. Both sides of each camp has its own dining and lounge facility, allowing a personal and intimate feel to each part of each camp.

Wildlife & Activities
The southern and northern regions of the Serengeti are renowned for outstanding wildlife viewing. Activities include privately guided daytime safari drives during which guests can have close encounters with astonishing numbers of animals which can include lion, leopard, cheetah, elephant, buffalo and giraffe. Breakfast and lunch picnics are often part of a day on safari here, and in the southern region around Maswa walking safaris and cultural activities are on offer. Hot air ballooning is available for an extra cost at Kogatende. 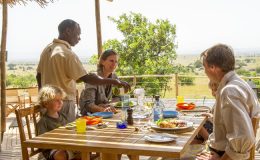 Our Tanzania family safari favourites
Tanzania, just like neighbouring Kenya, is a great spot for a family safari holiday.  There is a lovely choice of small camps and private houses; the latter are perfect for [...]
Read More 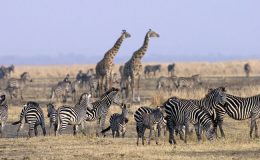 Tanzania’s wild west
Anyone hankering for a complete antidote to the modern world ought to know about Katavi and Mahale, two fabulously remote spots in the far western corner of Tanzania.   The two [...]
Read More 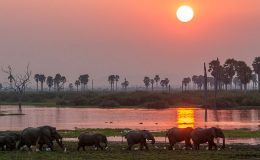 Tanzania’s secret south
If you want to enjoy superb wildlife viewing in glorious isolation then head to Tanzania’s southern parks of Selous or Ruaha.  Seeing wildlife in complete privacy is a special privilege, [...]
Read More 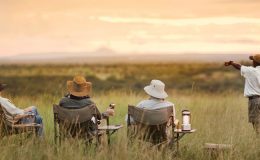 Exclusive mobile safaris
Mobile safaris are the original and most authentic way to experience Africa’s wilderness.  Their exclusivity lies in access to private patches of exquisite habitat, totally private wildlife viewing, and a [...]
Read More 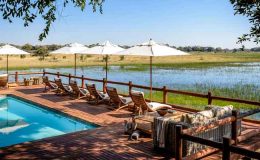 Good reasons for a family safari
So you travelled long haul pre-children and maybe even backpacked somewhere adventurous. But since the little ones came along you’ve graduated from Center-Parcs to Mark Warner, and now you’re ready [...]
Read More