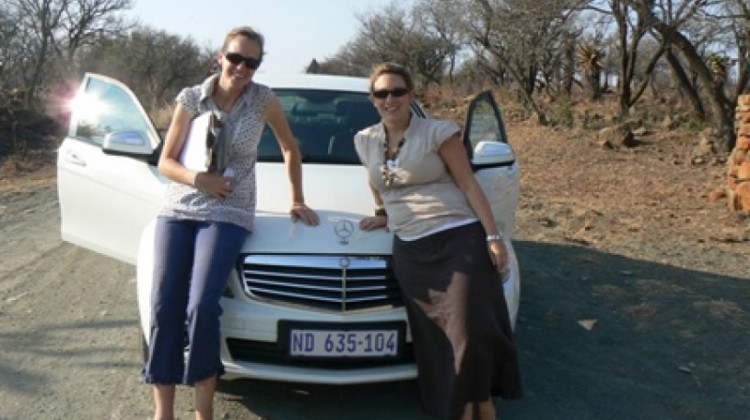 One of the areas that particularly inspired Victoria and Jo Netscher during their three week tour of South Africa was the beautiful KwaZulu Natal. True Africa fanatics sometimes label South Africa as being a little on the tame side. But to both myself and Victoria, who have now travelled in East and Southern Africa, KwaZulu Natal felt more like the wild Africa that makes the heart of the Aardvark office beat. Our car motored over smooth tarmac, but the many different ecosystems of this area meant that we felt as if we were exploring an area of South Africa that was not a well-trodden route. If you are looking for a couple of days of game viewing while in KwaZulu Natal then the two places to try are Hluhluwe Umfolozi National park and Phinda Private Game Reserve. Hluhluwe is a large public National Park (one South Africa’s oldest). It has a good concentration of game including lion, leopard, elephant, buffalo and rhino. It is particularly well known for its breeding programme of rhino species. As it is a public national park it lends it self to self drive safari holidays. As well as organised vehicle based game drives from nearby safari lodges and camps. By contrast, Phinda is a vast 18,200 hectare private reserve. It is an excellent game area and is also home to a variety of big game as well as being a great spot for cheetah. There are seven different ecosystems from open plains and sand forest to rocky kopjes. Which makes it a varied safari destination. KwaZulu Natal’s coast is not a typical beach destination. The pristine, untouched dramatic coastline is wild, rugged, remote and different from most of the other beach destinations that we offer. Set amongst the towering sand dunes and away from the crashing waves are a couple of small and friendly lodges. This is a wonderful place. Off the beaten track where you can explore a wild and spectacular coastline on foot and by boat. The area is heaven for those who don’t like sitting still. Activities on offer include forest walks, beach walks, horse riding, bird watching, snorkelling, and trips to the local community. It’s a definite must for scuba divers. In the right season this coastline is also seeing turtle nests and for whale watching. If you are looking for crystal clear waters, calm seas and a resort style property then this region might not be for you. But if you like wild and remote areas then you will love this hidden area of South African coast line.

We were pleasantly surprised that as two young ladies we felt incredibly safe driving around South Africa even in the more remote areas. It was simple to navigate as we went equipped with detailed descriptions and maps. On our trip we whiled away long car journeys by bouncing ideas off each other about which areas you could combine with each other to make a fun and exciting itinerary. We came to the conclusion that KwaZulu Natal is actually a destination within itself since you can get a cultural experience (see Jo’s battlefields newsletter article), relax in the Drakensburg Mountains, game drive in the Phinda reserve or unwind on the wild and rugged coast line. And as Victoria would describe it, ‘It is indeed South Africa’s hidden gem.’

Coronavirus – what it means for your safari
January 2022 update for the first few months of the new year We were pleased to see a sensible relaxation of the rules for those arriving back into the UK. [...]
Read More 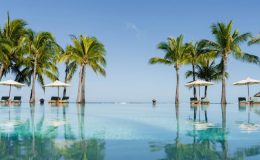 Last minute safari and beach specials
As travel gets easier, some of our favourite spots are offering some tempting specials to encourage visitors to their properties. Some like the Mauritius offer need a quick response to [...]
Read More 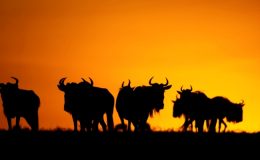 An unexpected Kenyan delight
A recent beach holiday took an unexpected turn when I was presented with the opportunity to visit Kenya en-route home. I don’t need an excuse to spend longer in Africa [...]
Read More 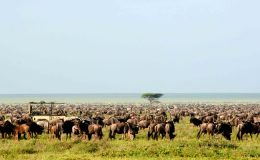 The great wildebeest migration – a potted history
Wildlife migrations are often ancient patterns of movement, and always driven by seasonal variations in climate and food supply. One of the oldest and most significant in East Africa was [...]
Read More 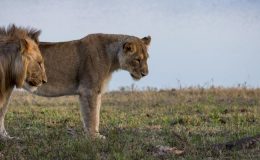 Safari month by month
There is somewhere in Africa and the Indian Ocean with sunny days and great wildlife year-round. If you are looking for inspiration, here are some of our favourite places to [...]
Read More 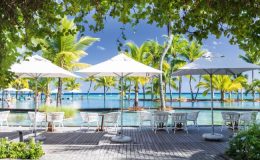 Fabulous fly and flop holiday in magical Mauritius
The last 18 months have been bumpy for international travel and, like many of our clients, we’ve also had to put the brakes on our regular recce trips to Africa [...]
Read More 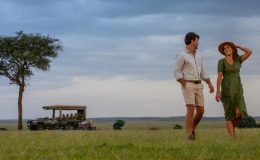 Planning the perfect honeymoon safari
With its stunning scenery, wonderful wildlife, and some of the most romantic accommodation anywhere on the planet, Africa is a superb honeymoon destination. Each country offers something unique and the [...]
Read More 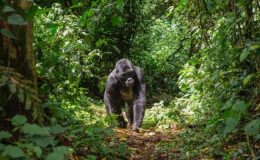 Am I Fit Enough For A Gorilla Trek?
This is certainly one of the questions we are often asked about gorilla treks in Uganda and Rwanda. It’s closely followed by “How long are the gorilla treks?” While we [...]
Read More 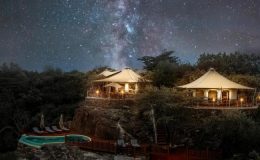 Swimming pools in the Masai Mara
We’re often asked if it’s possible to stay at a camp in Kenya’s Masai Mara where there’s a swimming pool.  Twenty years ago there were very few camps we could [...]
Read More 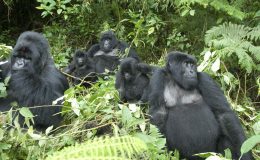 Plan ahead to visit the mountain gorillas
The wonderfully impressive mountain gorillas, which share a whopping 98% of our DNA, live in the dense forests on and around the Virunga Massif (a chain of volcanoes bordering Rwanda, [...]
Read More 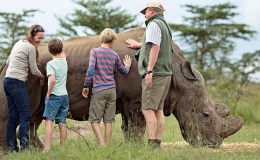 Planning the Best Family Safari with Teens
We all know teenagers can be difficult: they operate on a different time zone to other humans, have the attention span of a gnat and really only like hanging out [...]
Read More