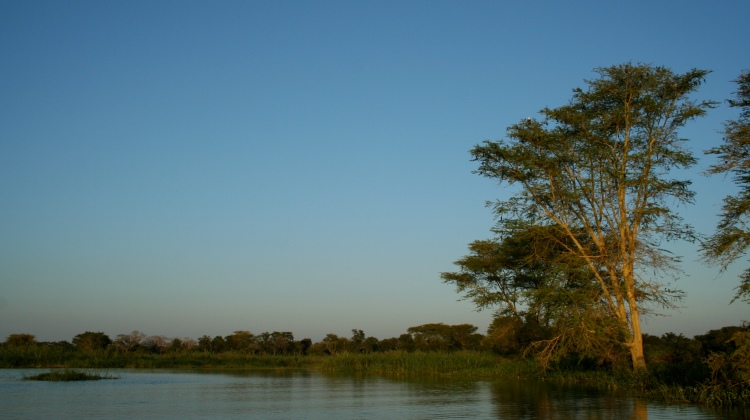 In day to day life I think we’re all guilty, myself included, of living in our own bubble. The reason I love my trips to Africa so much is that through its wild landscapes and inhabitants it reminds me that I am just a little tiny blade of grass in a huge open savannah. I find this overwhelmingly liberating.

In the past these feelings have been evoked when visiting areas of true wilderness from Lake Turkana in northern Kenya to the Makgadikgadi Pans of Botswana. Now I can add Malawi to the list. Malawi is a small African country that is heavily populated and as a result there are few remaining areas of true wilderness. Its people don’t dress in traditional garments like the red robed Masai. Its national parks are not packed full of big beasties like its neighbour Zambia.

So I was surprised on our final morning in Malawi when we had to take an early morning boat journey from Mumbo Island to the mainland as the sun was rising and the full moon was setting.  That I couldn’t help but gulp back my tears as I was so sad to leave this little country. As I write I know that my travel partner for my Malawi expedition, Bertie, will be smiling as he reads this as he will no doubt tell me later that it was his charming company that should take the credit for my tears.

Although this was partly the case, I think Malawi herself played the pivotal role. She didn’t let us sit down for a minute. Whether it was snorkelling in the crystal clear waters of the Lake Malawi, kayaking, horse riding, hiking up Mount Mulanje, swimming in rock pools, exploring tea estates, watching an elephant in Liwonde National Park fully submerge herself and wallow like a hippo. Or whether it was simply sitting quietly on a rock marvelling at the huge vistas from the top of the Zomba Plateau. It was at sundowners one evening that we decided to wake up before sunrise and climb to one of the highest peaks of the Zomba Plateau.

Getting up in the dark, we pulled on our hiking trainers, whipped out the sweatbands and began our trek up the mountain. We had bravely decided against taking a guide with us. Although dawn hadn’t yet broken we could see our final destination and we thought that we would rely on local Malawians pointing us in the right direction.

After walking for ten minutes the path we were following ran out and we found ourselves in the middle of a little village with no sign of a pathway. We were greeted by a group of bright eyed, lively Malawian children who giggled excitedly. They then laughed as they used that famous Swahili word ‘Muzungo’ that lets you know that they didn’t think we were from round these parts.

When we signalled that we were trying to reach the top of the plateau, the children pointed at a pathway that looked as if it led to someone’s house. Following their instructions which took us around the back of the house and with a string of children on each arm, Bertie and I continued along our journey. As the flat terrain diminished so did our band of merry followers and soon it was just the two of us again clambering over huge boulders. Our ‘guides’ on the way up the Zomba plateau

Sitting on top of the plateau as the sun was rising it was easy to understand why this spot was described in colonial times as being one of the best views in the British Empire. The vista was incredible as it stretched out for miles, and if you challenged your eyes hard enough you could see as far as the menacing rock formation of the Mulanje Massif.

After an hour basking in the warmth of the early morning sun, it was time to begin our descent and it was on this journey that I had a moment that was so beautiful and so quintessentially Malawi for me. Half way down when the legs were beginning to feel a little wobbly, I stopped distracted by a sound. The local school were practising their morning singing and as the song progressed the sound got louder and louder. The singing voices of hundreds of Malawian children at school echoed out over the valley below as the sound bounced off the surrounding forest walls.

A safari around Malawi especially the southern part of the country is a true cultural experience.

Although you can see elephant, crocodiles and hippo in Liwonde you don’t visit Malawi for the game, and you don’t see tribesmen parading in their traditional costumes. But in this African country you experience the modern day culture of Malawi. It’s amazing what you can carry on a bicycle

A trip to Malawi is Africa without the rose tinted glasses as it is one of the poorest African nations but how the people of Malawi live their lives is fascinating, mainly because even though they have nothing they seem to be smiling.

And if I had to take away one image of Malawi it would be the number of times we were smiled or should I say beamed at on our travels. I have heard John in the past say that a good Africa holiday should be a life changing trip and Malawi has touched those feelings in me and I think in Bertie too. I could not recommend this country more highly.

If you’ve got questions, or you think there’s something more about Malawi safaris that we should have included, please ask in the comments section below, or pop us an email. We’ll be sure to reply and may amend the article to include our answer.

Whichever way you choose to travel on your safari holiday, we’re happy to help with advice. We’ve got several Malawi fans among the team at Aardvark Safaris and can advise you the best places in Africa for wildlife and what season to travel.

Please give us a call or drop us an email and we will do the rest.

Coronavirus – what it means for your safari
Spring/summer 2022 update We were pleased to see a sensible relaxation of the rules for those arriving back into the UK. Across Africa and the Indian Ocean arrival testing is [...]
Read More 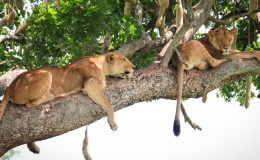 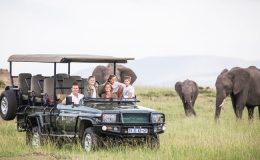 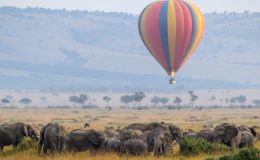 View Africa’s wildlife from a different perspective
Wildlife viewing is so much more than sitting in a vehicle – there are myriad activities on offer, all of which allow interesting ways to view Africa’s landscapes and animal [...]
Read More 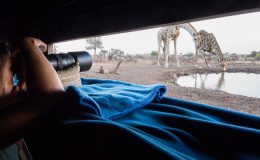 Step this way for the best wildlife views
Step into a hide and you enter another world of wildlife viewing.  These fabulous observation posts whether fixed, floating, up high or down low, offer an enthralling and peaceful way [...]
Read More 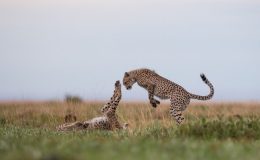 Safari with the wildlife featured on BBC’s Dynasties 2
The latest episodes of BBC’s Dynasties 2 series have featured spectacular cinematography from two areas in which we organise safari holidays. If you have been captivated by the elephants of [...]
Read More 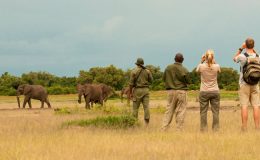 Hosted Zambia safari with Lucinda Rome
We have a couple of last minute spaces available on Lucinda’s hosted safari to Zambia in June.  Put together as part of a series of safari holidays hosted by some [...]
Read More 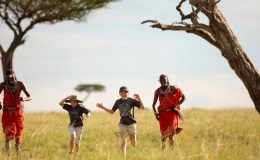 What makes a child friendly safari?
It wasn’t very many years ago that safari camps only catered for adults, and children under 12 years old simply weren’t allowed. Then, around the turn of the century, came [...]
Read More 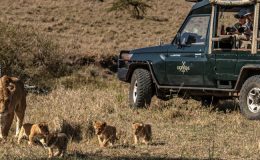 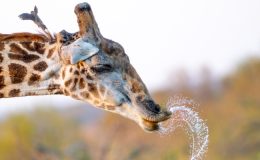 Safari planning with the experts
Tip number two in the Daily Telegraph’s five golden rules for travel in 2022 was to ‘make packages your priority’. Editor Nick Trend pointed towards ATOL licensed companies like Aardvark [...]
Read More