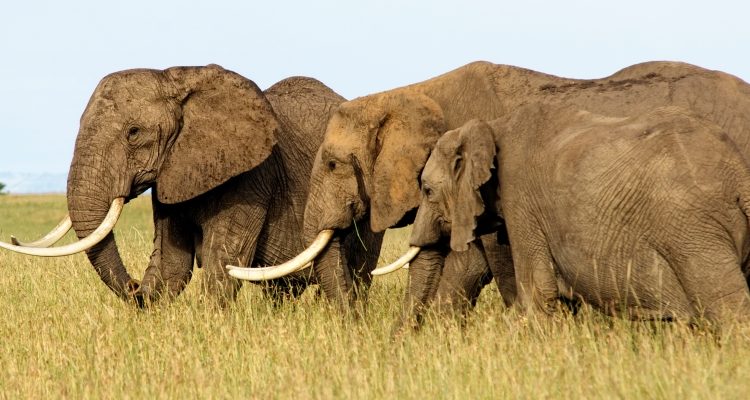 As this epic series Seven Worlds, One Planet comes to a close in Africa, we’ve gathered together the best places to see some of the animals highlighted in the final episode.

Chimpanzees live in rainforests and wet savannahs across several countries in central and East Africa. While the BBC David Attenborough documentary focussed on chimps in Ivory Coast it’s also possible to track these charismatic animals in Uganda, Tanzania and Rwanda. An experience as rewarding as gorilla tracking, it’s definitely something to add to the safari ‘must do’ list. Where to track Africa’s chimpanzees. At 360 miles long, with its sandy shores and multi-coloured fish, Lake Malawi takes up to a third of the country’s territory. Among the activities offered by the handful of stunning lake-shore lodges is superb diving and snorkelling. With the crystal clear fresh water home to millions of spectacular cichlid fish, diving here has been likened to exploring a giant aquarium and is ideal for beginner and experienced scuba lovers alike. Lodges to consider include Kaya Mawa, Pumulani and Mumbo Island. More on diving in Africa. In our opinion Kenya is one of the best places anywhere to spot Africa’s large mammals. It’s also home to the Masai Mara, Africa’s most prized safari location, and something of a cheetah hotspot.  The Seven Worlds One Planet crew set themselves up on the open plains which, scattered with termite mounds – ideal as vantage points from which to spot prey – are perfectly suited to the cheetah’s speedy, agile hunting technique which is quite breathtaking to watch. Although they generally hunt alone, it’s common to see family groups snoozing in the sun which, with their model-like looks makes for fabulous photo opportunities. There are some wonderful camps inside the Masai Mara Reserve but it’s also worth considering the Mara Conservancies just on the edge where the wildlife is the same, but the number of visitors considerably less. Cheetah and cub in the Masai Mara, Richard’s River Camp

Less numerous than their spotted cousins, these shaggy desert-dwellers are found in Namibia, Botswana, South Africa and parts of Zimbabwe. If they’re known to be ‘denning’ it’s possible, in some places, to see them with some certainty. Otherwise they can be elusive, tending to be on the move after dark. Hold out for a sighting though and you’ll be rewarded with a glimpse of one of Africa’s most fascinating characters. Namibia’s Skeleton Coast and the Makgadikgadi Pans in Botswana are two of the best places to spot them. Despite years of trying and countless trips to known aardvark habitats, only three of us at Aardvark Safaris have actually seen these shy, nocturnal animals! So, a sighting of this extraordinary creature, with its long snout and porcine-like body is really something to be celebrated. Head to Samara or Tswalu in South Africa, or one of the Makgadikgadi Pans camps in Botswana for as good a chance as any to see them. They hole up during the day so be prepared to don hat and gloves (yes, the African night can be very cold) and go out after dinner for the best chance of a sighting. Elephant roam throughout Southern and East Africa, with one of the largest populations in Zimbabwe and northern Botswana. Mana Pools is a particularly lovely place to see them, and they can be tracked on foot, in a vehicle and also while drifting down the Zambezi River in a canoe or boat. Real elephant enthusiasts will enjoy Goliath Safaris where owner Stretch Ferreria knows a handful of individual elephants in his patch exceedingly well. It’s a great place to learn about and enjoy some superb sightings of these majestic animals. Sadly, seeing rhino in the wild is a pretty tall order these days, with populations under increasing threat from poaching, habitat loss, and political conflict. That said, eco-tourism provides vital funds to conservation programmes and there are some exciting ways to get up close to these iconic beasts and help preserve them for the future. Only two northern white rhino survive in the wild and they are both on the Ol Pejeta conservancy in Kenya’s Laikipia region. Elsewhere in sub-Saharan Africa, Namibia and South Africa has got rhino in scattered pockets.  More on how to see these iconic creatures – where to see rhino. Any questions on Seven Worlds, One Planet African filming locations? 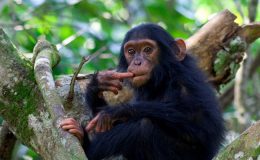 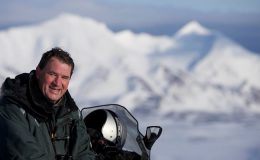 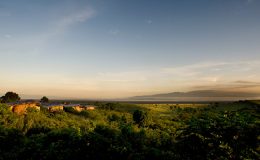 Beyond the Gorillas in Uganda
Gorillas are Uganda’s big wildlife draw, and are found in Bwindi Impenetrable Forest and Mgahinga National Park. The greatest population of Uganda’s gorillas are in Bwindi, around six hours by [...]
Read More 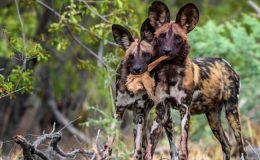 BBC Dynasties – Wild Dog
African wild dog (referred to by BBC’s Dynasties’ team as painted wolves) are endangered with current numbers estimated to be in the region of 6,000. They are found in the [...]
Read More 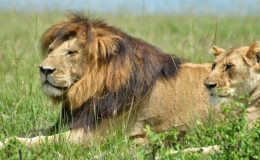 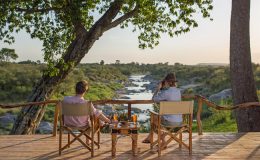 The Mara Conservancies – Secret Masai Mara
The Masai Mara Reserve is synonymous with open plains, great resident wildlife and, between late July and October, the dramatic wildebeest migration. It draws visitors from far and wide and [...]
Read More