Spellbound by Zambia and Malawi 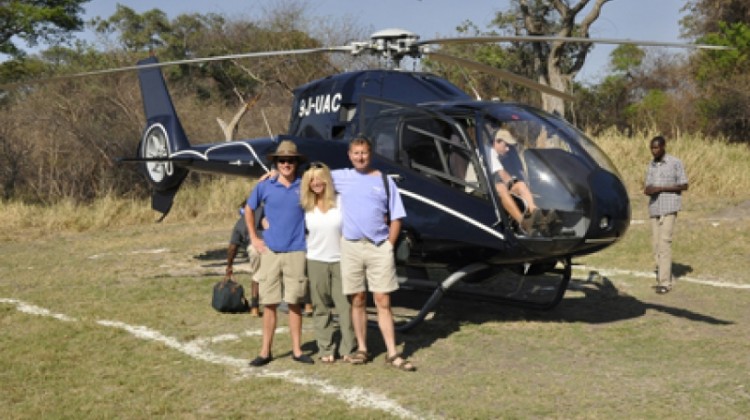 After unpacking and repacking for a week while assembling the most comprehensive first-aid kit known to modern man (thanks Mum) I was off. My first time in Southern Africa, and I couldn’t wait to get started.

During the next three weeks, I would travel Zambia and Malawi by helicopter, light aircraft, game vehicle, speed boat, pontoon, canoe, balloon, kayak, and on foot, while staying in accommodation ranging from rustic bush camps to drop-dead gorgeous lodges. Along with Francis and Charlie from our English and Scottish offices, I’d see hundreds of elephant, about 50 lion, a few slinky leopards, civet, genet, African cat, hippos by the ton, zebra and giraffe, crocs so big they made my eyes water and an array of bird life that would have made Darwin blush.

I’ve travelled all over the world, but never received as genuine a welcome as I did in Zambia. I spent my first night on Sindabezi Island on the Zambezi River. Working for Aardvark, I’ve seen all the pretty pictures and learned all about the hundreds of camps and lodges we sell, but nothing compares with being there. My tent was open on three sides but completely private, with views over the river. After a lovely dinner and a much needed bath in a giant clawfoot tub, I climbed into a four poster bed big enough for the whole US office and fit for a king. Falling asleep to the sounds of hippos, the gentle rush of the river and the calls of nightjars was a dream.

It’s our second day in the Lower Zambezi. Yesterday, among all the other wildlife, we spotted a leopard which was at the top of my wish list. He was just lounging by the side of the road and I’ve never seen a more beautiful creature. Today, after chasing tiger fish up and down the Zambezi to no avail (our guides kindly said it was the wind, I say it was our lack of skill) we went out for a pontoon lunch with Chiawa Camp – gourmet food while floating on the river surrounded by birds, hippo and elephant. I can’t conceive of anything better, and where do they get French brie in Zambia?

We took a speed boat up the Kafue River to this vast wilderness. Kafue is the second largest national park in Africa and there is nothing but open landscapes dotted with wildlife as far as the eye can see. I’ve begun jettisoning my first aid kit as I go; the camps have everything I could need and more.

On our final day in the park, we took a dawn hot air balloon ride over herds of buffalo, red lechwe and other plains game, then slowly followed a lioness as she prowled around some tall grass. After a smooth landing, we were led into a stand of trees for a surprise bush breakfast complete with champagne. I can’t cook that well in a fully equipped kitchen.

Later, we stopped at Shumba Camp for a look around. The local lion pride obviously had the same idea as they were using the tent platforms for shade. We crept over in a game vehicle to see a big male and his five ‘girls’ having a nap under the wooden support. It’s thrilling to be this close to lion yet feel completely safe.

We’ve just done our first walking safari from Luwi Camp to Nsolo Camp. Accompanied by the legendary team of our guide Shaddy and scout Batwell, who have worked together for nine years, we inspect animal tracks, termite mounds and the smallest of flora and fauna. The highlight comes when we see a pride of lions fighting 40 or more crocodiles for the rights to a zebra carcass. We stand, in awe, about 30 feet from this National Geographic spectacle, Batwell on the lookout for stray beasts and all of us dead silent, watching nature unfold.

After lunch at Nsolo, I was sitting on my veranda near a waterhole when two elephants decided that the sausage tree next to me was just too delicious to resist. They happily munched away on the leaves, within trunk’s length of me as I sat, spellbound, until they wandered off.

While I will never forget this moment, I was preoccupied with the evening ahead. We were going to do a sleep-out on a dry river bed. No tents, no rolltop bath, no mod cons. I am not exactly the sporty type, and I was not looking forward to it. Off we went, toothbrushes in tow, to what I thought would be a night from hell.

We set up camp. Shaddy and Batwell have done this countless times and everything goes smoothly. They light several perimeter fires, put our beds out, each of which is topped with a mosquito tent, and light the grill for a braai. Sitting around the fire, we swap stories about our lives while making significant progress on our portable bar and the delicious appetizers that have magically appeared. The sun sets over the trees while the first slabs of meat hit the BBQ.

I learn that, at 42 and single, I am indeed very old and something of a freak by Zambian standards. Both Shaddy and Batwell, a bit younger than me, have loads of kids. Despite our very different circumstances, we seem to have a lot in common and the night is filled with laughter and the calls of animals. At midnight, we crawl into our makeshift tents and fall asleep, happy, under a brilliant canopy of stars. This is the best thing I have ever done.

The rest of South Luangwa was amazing. The hot weather brought all the wildlife to the Luangwa River, making for some off the charts game viewing. After two days at Kaya Mawa on Lake Malawi, truly paradise on earth and all the creature comforts I could wish for, we’re back in the wilderness at Mvuu Lodge. Here scores of elephants romp and play in the river. Young males put their forelegs on each other’s backs, creating an elephant pyramid before falling off and rolling around in the cool water, spraying each other. We’ve only two more days ahead of us and it has been the trip of a lifetime.

I’ve learned that the power and the magic of Africa comes as much from its people as the wildlife. Everywhere we’ve been met by the most gracious hosts, whether in small villages or luxury camps. There’s an implicit agreement here to live in harmony with the environment, respecting its seasons and natural life. I return to San Diego, eager to spread the news about these amazing places and biding time until I can return. 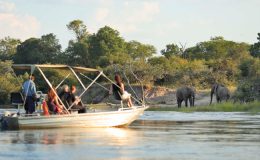 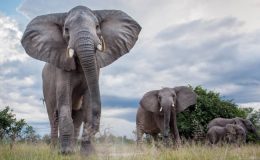 Zambia and Malawi – Quintessential African Bush and Beach
“A beach, on a lake?” This was my wife’s reaction when I said that after our safari in Zambia, we’d be going to Lake Malawi for the beach section of [...]
Read More 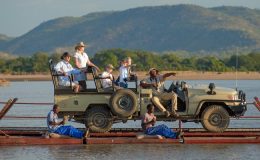 10 Family Friendly Zambian Experiences
Zambia offers a huge range of activities tailored to family safaris, there is masses to see and do in Livingstone, known as Afica’s adventure captial, boating and canoeing in the [...]
Read More 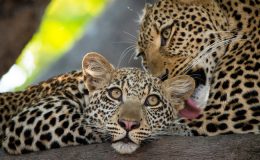 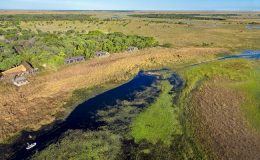 Safaris for the aficionados
Listen to a gathering of African safari experts chat and you’ll likely hear the word ‘fundi’ banded around.  Translated from Swahili it means ‘expert’ or ‘learned’ and is a great [...]
Read More