Walking safaris with Deb Tittle in the South Luangwa 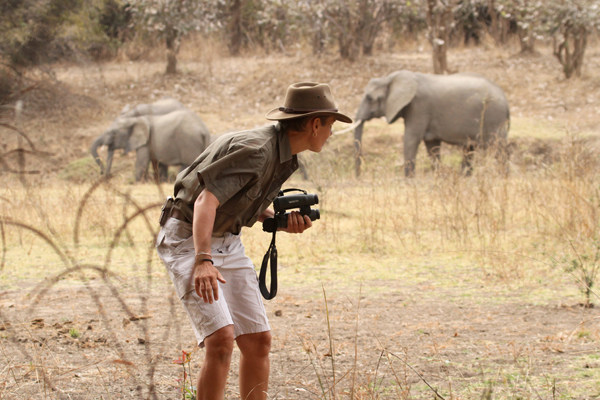 The busy schedule on my recent Zambia educational trip kept me on my toes and on the move daily, taking in highlights including Livingstone and the impressive Victoria Falls, the stunning Lower Zambezi National Park and the game rich South Luangwa National Park. There was, however, one night I was feeling a little apprehensive about and which was looming ever closer; a night spent sleeping out on a Luangwa Bush Camping walking safari experience run by Robin Pope Safaris. I was picked up from Nsefu (one of Robin Pope Safaris bush camps) by my guide Deb Tittle and driven out to camp site for that night. This was my first walking safari experience and I have to say I was quite nervous about the prospect of walking on foot in the presence of big game (particularly lion) but five minutes in Deb’s company and I was totally at ease. She talked me through a few simple rules and explained how we would approach game on foot, by always watching and listening to see how the animals behaved and adapting our walk accordingly. We then set off into the bush, Deb, our Zambia Wildlife Authority scout and me. As we walked I learnt to identify tracks, check for sounds and smells, and interpret subtle signs which go unnoticed to the untrained eye. Within a few minutes we had broken out of the wooded bush and found ourselves standing on a raised river bank overlooking the slow moving waters of the Luangwa River and a pod of hippos. We stood and watched them tussling for the best spot in the river as Deb explained their behavioural habits – fascinating.

Deb then announced we were going track a pride of lion living in this area of the Luangwa Valley; an hour earlier I would have been terrified by this idea but now I felt calm and excited about the prospect. After ten minutes of walking I was suddenly instructed to creep to the edge of a small escarpment. Tentatively peering over the edge I saw a group of six lionesses snoozing in the heat of afternoon sun just 30 metres away. One lioness lifted her head, as if to acknowledge our presence, but after seeing we meant no harm she just fell back to sleep. A truly exhilarating and unforgettable experience. Camp was much more comfortable and far less rustic than I had imagined. I had visions of A Frame tents, roll mats and no showers but I was very pleasantly surprised; the tents were large, airy, walk in affairs with very comfortable mattresses (one of my best nights’ sleep in fact) and a good shared bucket shower. A sundowner followed by a delicious home cooked stew finished the day. Luangwa Bush Camping can be very easily combined with a stay in other South Luangwa Bush Camps or as part of any Zambian itinerary. It is definitely an experience I would repeat and highly recommend to anyone wanting to a real, authentic, walking safari experience. 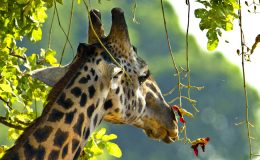 The new stuff – new safari camp openings
We’ve always got an ear tuned to what’s happening in Africa – filtering out the good from the less good.  Sifting through new camp openings is one of the great [...]
Read More