15 Questions to Simon Stevenson of A Brush With Africa 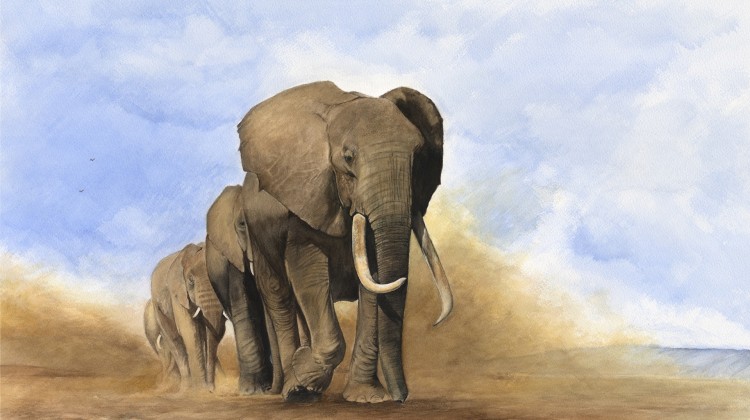 Simon Stevenson, together with his wife Kate, has travelled to Africa with Aardvark Safaris a number of times. Simon is a wildlife artist whose work is displayed on www.abrushwithafrica.com. We asked him some questions to find out more about the man behind the easel. Simon Stevenson’s childhood home out in the bush, near Moshi, Tanzania

My parents emigrated to Tanzania not long after the Second World War, settling in the foothills of Kilimanjaro near a small town called Moshi. I was born in 1957 and until I was seven, lived with my parents in a typical colonial house with a fenced seven acre garden surrounded by the bush and wild animals. Simon Stevenson as a child in arms of nanny, Ayah

Following a promotion my father moved us to Arusha, Tanzania’s administrative capital and centre of tourism. It was from here that I truly fell in love with the wildlife of Africa, exploring the game reserves of Manyara, Tarangire, Ngorongoro, Serengeti, and as far south as the Selous and Ruaha. After school in Tanzania, Nairobi and the UK, I was to eventually leave Tanzania in 1979 when I came to live in the UK.

What drew you to being a wildlife artist? Artist Simon Stevenson (A Brush with Africa) sketching a hyena, chalk on charcoal

At the turn of the Millennium I decided to resign from my job and take a sabbatical. It was during this sabbatical that I happened to walk past a shop ‘bargain bin’ which had a £5 book on how to watercolour in 5 easy steps. I thought it might be quite interesting to see if I could paint so I bought the book.

Where did you learn about art and how to create a painting?

As well as this book I had previously done a bit of cartoon artwork called Rear View Mirror, which had been published in a number of provincial newspapers. So I knew the basics of drawing a cartoon but I had never actually painted in watercolour. Having only skimmed through the book (I’m dyslexic), I wet the paper as instructed which, when it started to dry, wrinkled. I didn’t realise I needed to ‘stretch’ the paper by firmly attaching it to the board and so had to use a number of heavy objects to keep the paper flat. One of which was a mug of tea which left a beautiful stain on the paper.

Can you tell us more about the mediums you use for your paintings of African wildlife? ‘Stand Off’ wildebeest and lioness, tea and ochre watercolour painting by Simon Stevenson

To me, tea and ochre as a medium creates the colour of Africa. Animals are always trying to blend into the background and I thought that perhaps if I painted using ochre I’d get close to the colour of the animals. Hence the introduction of tea and ochre which when mixed together creates a paste which paints like a watercolour but dries like a pastel. The other medium I use is chalk and charcoal on black pastel paper which enables me to create images using light and shade. These sketches have become extremely popular and are sold worldwide.

As an African wildlife artist, do you select a suitable subject while on safari, and how do you do so?

I keep an open mind on my subjects but tend to study the animals very closely whilst Kate (my wife) photographs them. The composition of a painting is extremely important as is the light and shade you can create. During return flights to the UK, I review all the photographs along with any notes that I might have taken. I may have only two or three photos that I feel will help me create a painting, but I keep most of them for future reference for the movement, muscle tone and shape etc. of an animal.

What is the process for producing a piece of art? Composition is key to the start of a sketch. I find having a title for the painting/sketch helps give it the character before I start. I begin by sketching an outline, then I might create a focal point for the image, i.e. cold breath, a bee or a feather for example. From that focal point I will create the rest of the image.

Do you draw or paint wildlife while on safari in Africa? I watch for hours and also photograph the wildlife. Maybe I should try sketching but I find it more relaxing just watching and absorbing the sights and sounds around me. I find if you spend too much time with your eye to the camera or head down sketching you can miss so much in your periphery vision.

How long does it take to complete a painting? ‘Fly By’, gorilla chalk and charcoal by Simon Stevenson

How do you capture the movement or expressions shown in your paintings? By an intense study of the subject, together with references to photographs and videos. For example, with a sketch of a mobile cheetah, the mechanics of how it runs are fundamental to the look of the finished sketch. I am extremely fortunate that, from childhood, I have been able to study wild animals in their natural habitat.

Which is your favourite African safari destination, and why? At the moment I would say the South Luangwa in Zambia where I’ve had an incredible variety of animal experiences including many lion and leopard sightings at Lion Camp and Tena Tena, and excellent buffalo interaction at Kakuli. I’ve also had some wonderful experiences in both Botswana and also Tanzania in the last 10 years. It has to be the elephant; gentle, intelligent and such a joy to watch in the field and a joy to then paint/sketch. Second favourite are leopard; elusive and stunningly beautiful, but very difficult to sketch.

Can you tell us which safari camps in Africa make it especially easy to create great paintings? I have had some outstanding sightings with the adventurous Reed brothers who run Letaka Mobile Safaris in Botswana. There is Sabyinyo Silverback Lodge in Rwanda where I tracked the mountain gorillas and where I have many of my images displayed. We have been back to Lion Camp in Zambia a number of times for its many lion and leopard sightings, and finally Chada Katavi in Tanzania for its remoteness and unspoilt wildlife. We are very much looking forward to going to Mana Pools in Zimbabwe next year where we will spend five days with Stretch Ferreira at Goliath Safaris.

Are there any charities in Africa, whether wildlife focused or not, that you support through sales of your art? Yes, we support the David Sheldrick Wildlife Trust, REMIT (Rotarians Eliminating Malaria in Tanzania), and LionAid. Through the donations and subsequent auctions of my art we have raised considerable sums for these charities. We hope that through our connection with Aardvark Safaris we will also become involved with the Douglas-Hamilton’s charity ‘Save The Elephants’.

At which safari camps or lodges in Africa can guests see your wildlife art and paintings? In Tanzania we have art in Saadani Safari Lodge, Swala Safari Lodge, Ngorongoro Crater Camp, Serengeti Migration Camp and soon Ruaha River Lodge. We also have art in the beautiful Sabyinyo Silverback Lodge in Rwanda. We are always looking for lodges to display our art and all the images displayed in these lodges can be purchased online at www.abrushwithafrica.com

Where in Africa would you like to go on safari next? As already mentioned, Zimbabwe. The itinerary that Francis has arranged for us looks absolutely stunning and includes a week in Mozambique at Ibo Island.

At which UK galleries can art fans see your paintings?

An exhibition of a number of my original pieces of art can be viewed and purchased at The Chester Art Fair on 18th – 20th November 2016.

My Studio/Gallery Shropshire, where you can view and also purchase my art is open to the visiting public by appointment only and can be arranged by emailing us on kate@abrushwithafrica.com

Where can I experience an artist in residence on safari? Gibbs Farm Ngorongoro Crater, Tanzania has an artist in residence much of the time, usually someone from East Africa, who is invited to live at the lodge for a few months to create wildlife art during their stay. 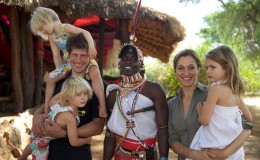 This Wild Life: Q and A with Saba Douglas-Hamilton
Q1 When did you first come face to face with an elephant? The first time I met an elephant was when I was a babe in arms at six weeks [...]
Read More 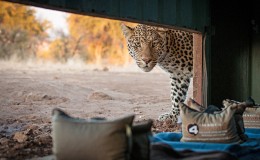 4 Tips For The Best Photographic Safari
All safaris offer the chance for great photographs. Good guides will get you closer to wildlife than you might imagine. In fact you don’t necessarily even need a long lens [...]
Read More 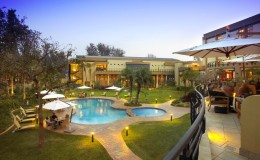 How To Gorilla Track In Rwanda
A round up of Gorilla Trekking FAQ’s in Rwanda Gorilla tracking in Rwanda is extremely easy going for safari beginners, you can accomplish it in a long weekend. Our clients [...]
Read More 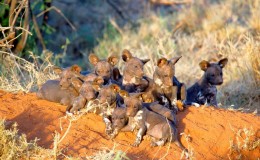