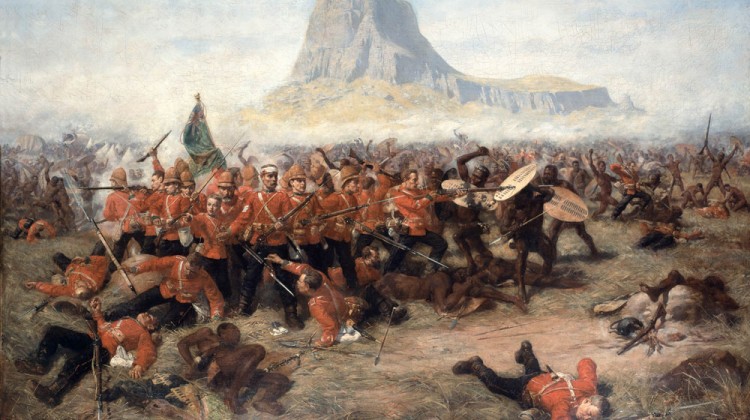 The hairs on the back of my arms stood to attention like soldiers ready for battle as Rob Caskie’s voice boomed through the auditorium of the Royal Geographic Society. Rob’s passionate account captivated the audience and transported all of us to one of the smallest battlefields in British Military history, Rorke’s Drift. It was from this night forward that I was determined that at one stage of my Aardvark career I must visit this special area of South Africa’s KwaZulu Natal.

I remember when I worked in Kenya I would often walk past the staff quarters heading for my canvas home, and the noise of Swahili exchanges combined with the intermittent bursts of laughter often caught my attention. One day, curiosity got the better of me and I asked one of the Masai house-keeping ladies what it was that they found to speak about so late on into the night. She chuckled and replied, ‘Why, we tell stories’. She then explained that these weren’t fictional stories but real life accounts of things that had happened to friends or relatives, or tales that they’d heard when visiting the market on their most recent days off. It was from this moment on that I came to realise the importance of story-telling in African culture, and the way that stories are used as a means of passing the continent’s rich history from generation to generation. It is through the survivors’ accounts that over many years David Rattray pieced together the history of the battles of Isandlwana and Rorke’s Drift. Despite David’s tragic death in 2007, he has left behind an incredible legacy of talented guides who, just as he once did, help to bring this brutal but remarkable day in South Africa’s history alive for all of the visitors that come to Fugitive’s Drift. Our Zulu guide, Joseph, started our tour on the crest of a hill overlooking the battlefield of Isandlwana. As he flicked between English and the click language of his mother tongue, he told us that we were standing on the very spot from which the Zulu army launched their attack. It was here that once again the hairs on the back of my arms stood to attention as the story of this incredible battle unwound. The thing that touched me the most with these tours is that they didn’t just focus on the blood and gore that is synonymous with battles, but they go on to tell a deeper story of the individuals involved. With any war it is very easy to remember the heroic scenes of the actual day of fighting, but often the hardest battle for the heroes is dealing with the post-trauma of a war combined with having to slip back into a life where nothing has really changed apart from themselves. It is this additional detail that brings the characters of the battle to life and leaves you feeling a huge amount of empathy for these brave soldiers.

In David’s research into the history of both battles he found little written Zulu documentation of this memorable day. He spoke to a large number of descendents of those in the Zulu army and through this research came to discover the remarkable respect that the Zulus held for this foreign army that had caused so much bloodshed to members of their tribe. Our guide, George, finished his tour of the battle of Rorke’s Drift by telling us of an account, once told to him by David, of an event in the battleground’s most recent history. In 2004 representatives from the Royal Welsh battalion paid tribute to the 125th anniversary of the battles of Rorke’s Drift/ Isandlwana by attending a service in the small church on the Rorke’s Drift battlefield. When they walked out of the church into South Africa’s sunshine they were greeted by the sound of a Zulu chorus, which displayed the huge amount of respect this tribe held for what was once their sworn enemy. David saw this moment as an important symbol of hope for the future of this multi-cultural Southern African country.

In conclusion, I would challenge anyone to take part in the tours, and not to feel the emotion within these tales. As this truly is story telling at its highest calibre. 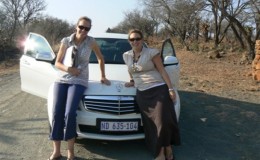 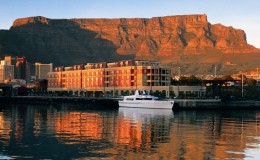 Safari South Africa
The South Africa tourist board’s strapline is that it’s ‘A World In One Country’. It’s an excellent summary of somewhere whose wildlife includes penguins and lions, and where your holiday [...]
Read More 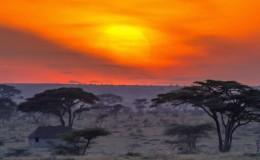 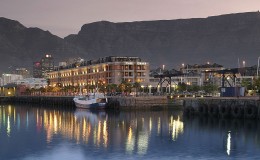 An Overdue Love Affair with South Africa’s Cape Town
Long ago, just after the end of apartheid and the release of Nelson Mandela had both been announced, two lads from Wiltshire flew to Durban in South Africa to spend a couple [...]
Read More 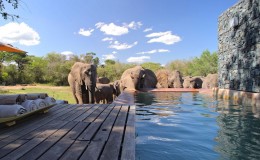