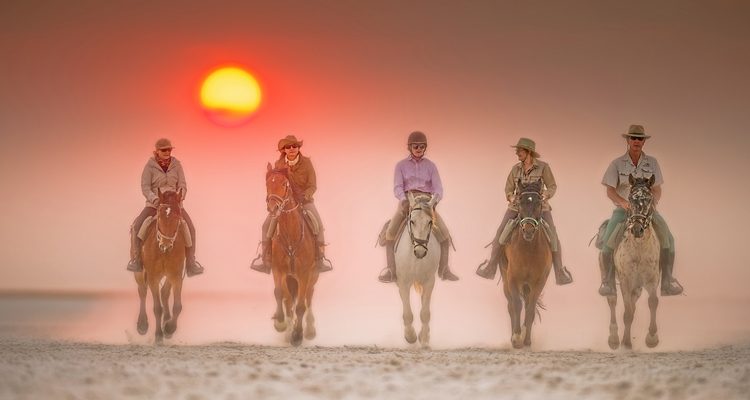 Guiding riding safaris through ‘your’ patch of the African wilderness on a daily basis is surely one of the best jobs ever.  But are these lucky few ever tempted to ride elsewhere, either in Africa or the rest of the world?  We’ve asked some of the guides we work with regularly what’s on their trail rides bucket list, both within and outside Africa. Nicky leads riding safaris from Borana Lodge in northern Kenya and was one of several to put Namibia on her bucket list.  ‘The idea of that beautiful desert fills me with wonder and awe.  Riding in the dunes and then following rugged sand rivers down to the Atlantic Ocean and galloping over diamonds would be a real experience!  The remoteness, the clear skies and the starry nights all contribute to make this one of my most wanted destinations.’ The road to Santiago de Compostela in Galicia, Spain was her choice outside of Africa. ‘Riding along an ancient pilgrimage trail, the extraordinary scenery, thousands of years of culture, delicious food and wine, little refuges to stay for the night – all totally different from what we have in Africa.’ You’re not really allowed to nominate of your own riding trips, but we let David Foot sneak this one through as it really appeals to us too.  ‘In 2018 I hope to fulfil my dream of riding the breadth of the Makgadikgadi Pans National Park with a group of guests. Starting at Camp Kalahari on the eastern side we plan to traverse westwards ending up on the Boteti River at Meno a Kwena. For three days not another soul will be seen.’ Pushed for an alternative he opted to ride in the Cape Winelands, reasoning, ‘ having spent my life in the saddle in some of the wildest places in Africa I quite fancy some gentle riding with more of an emphasis on great food and wonderful wines – is this a sign of getting older?’  Yup, we reckon it probably is! ‘A riding holiday outside Africa would have to be in Croatia because guests who have been there say it would make the perfect alternative to the Cape Winelands!’ With the caveats that Ant’s is really his favourite place to ride, and that, frankly, he’s happy anywhere as long it’s on the back of a horse, Chase admitted that he’d love to head to Namibia.  The particular ride he has his eye on is a one month trail which, he says, appeals to his pioneering spirit of adventure.  ‘I’ve always believed I was born in the wrong era and would have loved riding through uncharted country finding trade routes through Africa’s untamed wilderness. I reckon that back to basics feeling and being away from the civilized world is something I’d definitely get in Namibia.’ ‘Where to ride outside Africa is easy and has been the same since I read My Friend Flicka when I was 12.  Mary O’Hara’s vivid description of Wyoming is still with me and I can’t wait for the day that I mount my steed (preferably a Mustang), sit in a traditional Western saddle, with my full chaps, a long leather coat, a wide brim hat, long loose reins, and bumble my way through the Wyoming Hills.’ Johanna’s riding safaris operate in several parts of Tanzania where epic landscapes and fabulous wildlife is the order of the day.  ‘Next up for me,’ she says, ‘is the Okavango Delta and Namibia, two beautiful, remote and raw destinations.  For me it’s all about the horses and the landscape, but it’s always a big bonus when you have a great guide/friend out there with you leading the way.’ Persuading Joanna to choose somewhere to ride outside of Africa was harder as she says the best thrills of riding are found within the continent (we don’t disagree here).  But when pressed it was South America that got the nod. John was another to find this harder than he’d first thought because riding in the Okavango Delta, where he spends his time, is top of the list.  However, he conceded that the Serengeti ‘would be hard to beat’, and ‘parts of Kenya’s Masai Mara with its vast skies, massive open spaces and millions of animals’, would win a place on his African bucket list. As for outside Africa, ‘If I was a bit younger and a little less aware of my own mortality then the Grand National in the UK or the Siena Palio in Italy would be right up there – but because of the very real possibility that either of those might bring my bucket list quest to a sudden and very final stop, I’ll go for riding through the Rockies in the USA or the high country in Spain with its rugged landscape, empty spaces and little villages.  On the grounds that supplies of good food and wine would probably be easier to obtain, I’ll go for riding in Spain as my bucket list place outside of Africa.’

These three form the core of Offbeat Riding’s guide team and came back with quick fire answers.  On top of Charlotte’s bucket list is ‘Botswana with all its wildlife and to gallop through the delta! Outside of Africa I’d love to muster cattle in Wyoming with all the family, giving a purpose to the ride with incredible scenery and being cowboys/girls for a week!’ Galloping through the Delta alongside lechwe, Botswana, Okavango Horse Safaris

Simon’s keen to do the Kaskazi Horse Safaris Serengeti ride in Tanzania, commenting that ‘this new ride through the wildebeest calving areas of Ndutu and the southern Serengeti would be a spectacle like no other.’  A holiday in Mongolia is his rest of the world pick, lured by the fact that ‘riding across the vast, unspoilt Steppe with the nomadic Mongolian people would be taking a step back in time and a far cry from the manic western world.’ Guide and head syce (groom) John is also keen to ride in the Okavango Delta, drawn by the ‘fun riding along the swamp’. His choice outside Africa would be to join JakoTango in Argentina – to ride through the mountains. Having the horses carry everything, so no need for vehicles, would make this trip great fun. Were he to be coaxed away from leading fabulous riding safaris in the Masai Mara, Kenya, Gordie’s bucket list would feature Zakouma National Park in Chad.  ‘There is a mounted anti-poaching unit who go about their daily business on the most incredible little ponies. This is not a commercial ride, but to be on a horse with these nomadic people who are dedicated to protecting their wildlife and heritage, would be a dream for me to experience. Zakouma is wild and remote, like few other national parks in Africa.’

Away from Africa and it would be Kyrgyzstan for its ‘endless landscapes, with very few people, unfenced, fascinating culture and very tough ponies.  And if I could take Mshale, my legendary safari lead horse with me, then that would be two very happy souls.’ In Africa “I would love to ride in Morocco (because it would be so radically different culturally to southern Africa and for the food).” In the World, Shane wants “to ride the Pilgrims trail, Santiago de Compostela, Galicia in Spain.” Last to reply as he’d been away on a riding trip, Andrew stated that Kenya’s Masai Mara is not to be missed as ‘the wildebeest migration is a wildlife spectacle that is unrivalled, and it is interesting to experience Masai culture first hand.’ Argentina was his choice for a riding holiday outside Africa. ‘They have the wide open spaces and a functioning, traditional horse culture with different horse breeds to those we are familiar with; think Criollo, good steaks and wine.’

As you can see there are many African trail rides with different wildlife, terrain and pace of riding. We can help you find the perfect African riding safari for you. For a riding safari get in touch with us either on the phone, meet face to face, email or live chat and let us help you choose. The Aardvark Safaris team has extensive knowledge when it comes to riding safaris – chat to Alice, Francis, Lucinda and Jo. We have ridden the horses, slept in the beds, eaten the food and met the guides! 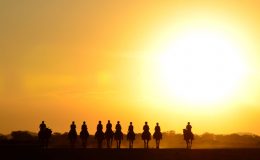 Exciting new safari rides in Africa
It’s always exciting to receive news from the riding safari guides in Africa. Their stories and pictures make it hard to be sitting at a desk in the UK, rather [...]
Read More 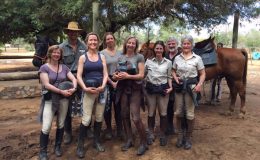 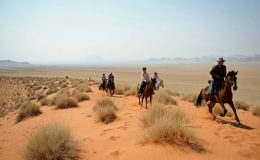 Unique Places To Ride
Riding in Africa is a real thrill. Whether you’re hacking on a glorious white sandy beach or galloping alongside Kenya’s great wildebeest migration it’s a magical experience. Here are some [...]
Read More 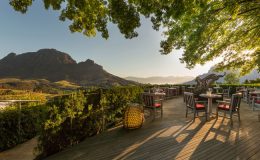 5 picturesque places to stay in South Africa’s Cape Winelands
If you’re spending some time in Cape Town, then an excursion into the ‘Winelands’ is a must. You can do it in a day, but with so much to see [...]
Read More 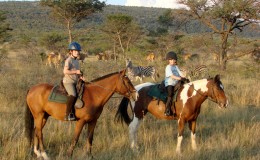 10 African Riding Safaris for Beginners
Although some riding safari options require that you are an expert rider, proficient at all paces, there are plenty of others where children, beginners or novice riders can enjoy a [...]
Read More 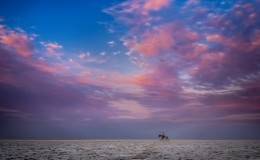 15 Top Riding Safari Photos
I’ve scoured my various holiday albums and over the years I have been on quite a few African riding safaris – here are some of the best riding safari photos in [...]
Read More